I would like to go a little further from the general discussion here and look at nerve conduction testing.

The typical waveform often seen on the screen during testing is a simple wave like the one shown in the figure below. But note that not all nerves are this clean, and the ulnar and radial nerves can look quite lumpy and hill-like at times. The English explanation of the above figure is as follows

Amplitude: This represents the size of the CMAP (≈number of nerve fibers). Peak-to-peak is used in the case of initial positive (waveform first goes to ⇩ and then returns to ⇧). It is used to eliminate noise and artifact, which is often observed in evoked EMG of atrophied muscles.

Latency: The latency reflects the minimum time between stimulation and the recording of CMAP, i.e., the response speed of the fastest nerve fiber. When this is prolonged, a strangulation disorder (e.g., carpal tunnel or elbow tunnel syndrome) is suspected.

Duration:Half the wavelength of the wave, the time it takes for the wave to rise and then return to the baseline. When this is prolonged, we say “temporal dispersion” and suspect an abnormal finding called conduction block. More on this later.

Sensory nerve SNAP is also a wave, but it has the same shape and name as CMAP. However, Amplitude is characterized by waves that are about one thousandth smaller.

Another important value is MNCV (Motor Neuron Conduction Velocity), which is calculated from the difference in latency of the waveforms obtained from stimulation at two points as shown in the figure below. I personally use NCV, but you don’t have to worry about MNCV, NCV, MCV, or SCV, as they are all essentially the same. 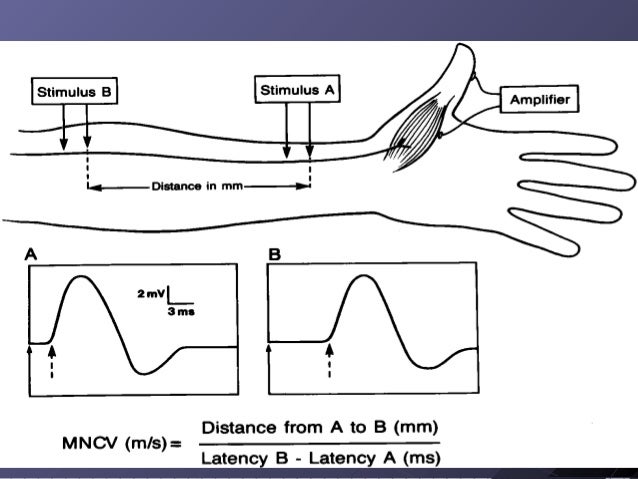 Another bonus waveform is the F wave. As shown in the figure below, this is a CMAP-like waveform that comes back from the stimulation site through the spinal cord. This is a good value because it allows us to examine everything from the peripheral to the central region with just one waveform. However, the waveform obtained is small and the only nerves that can be examined are the ulnar nerve and tibial nerve (and median nerve), so it must always be combined with CMAP/SNAP to make a decision. 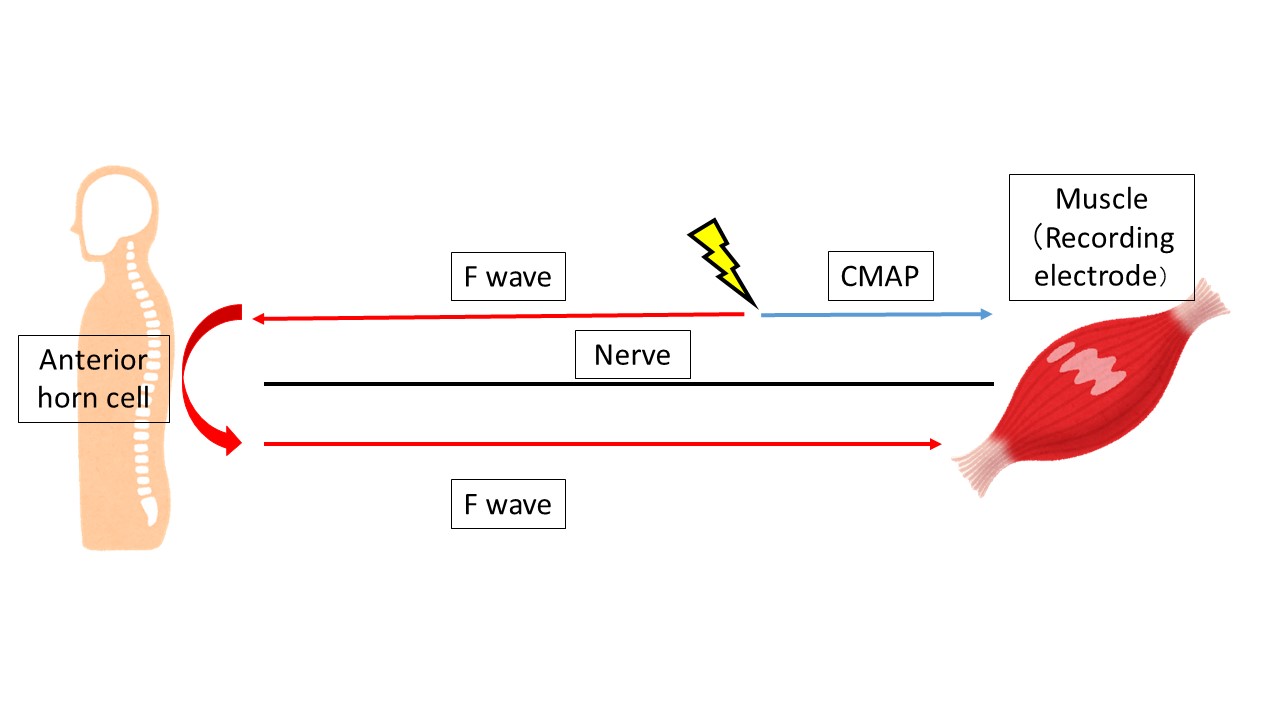